8 cultural places to visit in Maastricht

Thanks to the influence of the many (international) students, the historical city has a young and modern vibe that you won’t find anyplace else!

Maastricht is a beautiful city with lots of cultural places to visit. Visiting museums, monuments and churches may not be the first thing on your mind when you’re studying at the Hotelschool. But these cultural places contribute a great deal to the typical Maastricht atmosphere. Thanks to the influence of the many (international) students, the historical city has a young and modern vibe that you won’t find anyplace else.

The Sint Servaas Basilica is a landmark in the city of Maastricht. It’s located on the popular and well-known Vrijthof square and dominates the city centre’s skyline. The basilica is the oldest church in Holland and is still used as a parish church. The church, cloister hallways and treasure room are opened for visiting daily (for a small fee). But just taking a walk around the church and its surroundings will submerge you in Maastricht’s history.

The Vrijthof square is the most famous square of Maastricht. The square is surrounded by historical buildings such as the Sint Servaas Basilica, the old Spanish government building and the General's house which now houses the theatre. On the east side of the square there are a lot of terraces and cafés where you can enjoy a drink with a beautiful view. The Vrijthof square is the ideal place to soak up some of the typical Maastricht atmosphere: historically rich, hospitable, cozy and fun all at the same time.

Fort Sint Pieter is part of the defence works that protected the city Maastricht during the 18th and 19th century. A visit of the fortress brings you back to older times, where soldiers and musketeers roamed the hallways. The fortress is connected to the caves underneath the Sint Pieter hill, which you can also tour. Did you know there are 80 km worth of tunnels? Fort Sint Pieter is a must visit when you’re interested in the rich history of Maastricht!

The city hall of Maastricht is a monument that you can’t miss when you’re visiting Maastricht. With its prominent place on the market in the city centre and it’s remarkable appearance it is one of the most recognizable monuments of Maastricht. It was built in the 17th century and is an important example of Dutch classicism, an influential architectural style in the 18th century in The Netherlands. The inside of the monument is richly decorated with painted ceilings, tapestries and decorative plaster.

The Bassin is an old harbour near the city centre of Maastricht. Formerly the harbour had industrial purposes. Nowadays the purpose is recreational. A few of the old factories are still in business, but companies and students occupy most of the buildings around the harbour. In the basements surrounding the harbour you can find several restaurants and cafés. The Bassin is a lively area of Maastricht that’s definitely worth a visit! 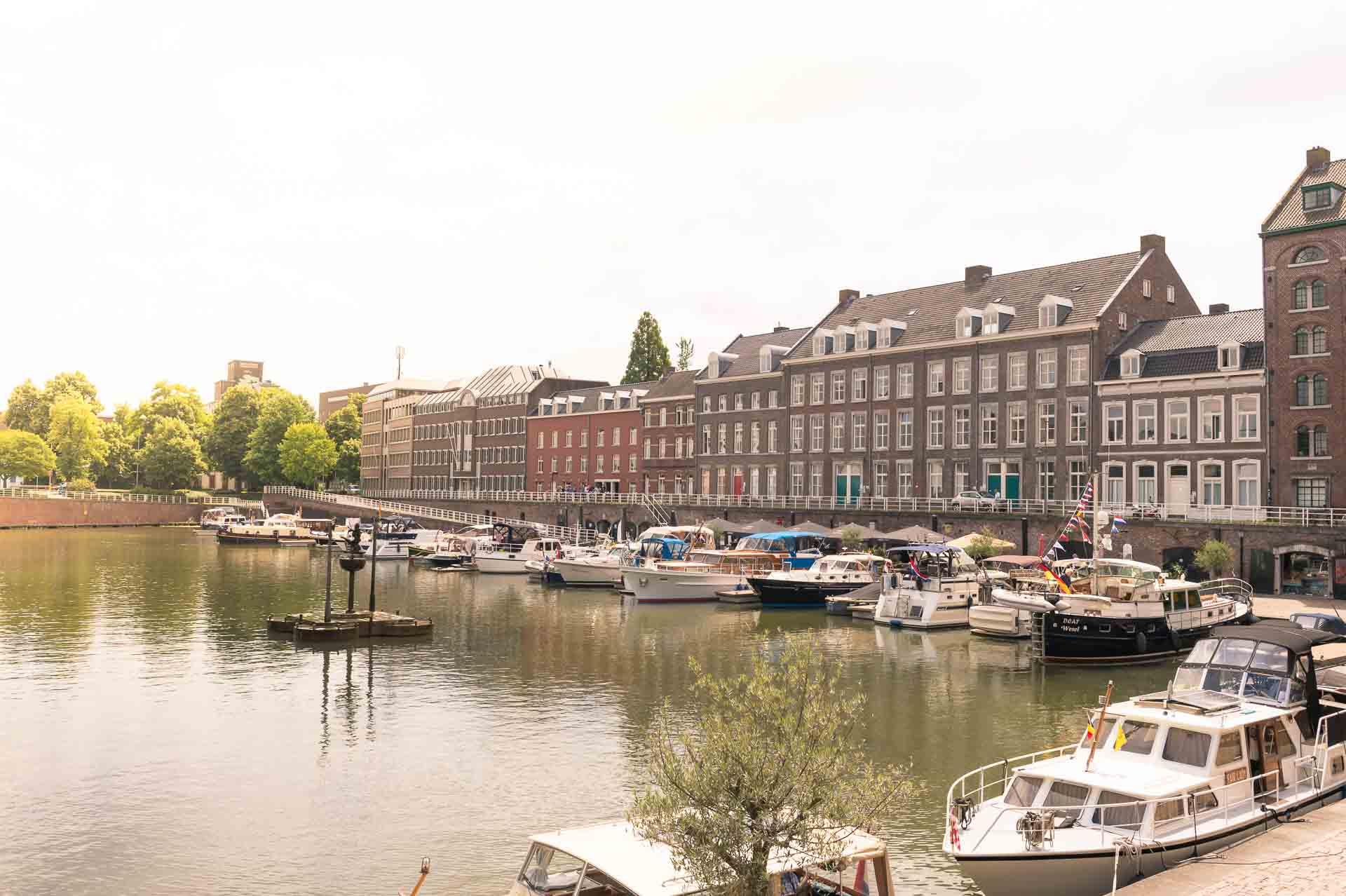 The Bonnefanten museum is a museum that displays fine arts. The museum is known for its collection of medieval sculptures, paintings from the South of The Netherlands and modern art. The rocket shaped tower that is part of the museum and is visible from the Maas river. It’s one of the well-known landmarks of Maastricht. The mix of modern and classical art makes the Bonnefanten museum an attraction for art lovers.

The Dinghuis is another historical building housed in the city centre of Maastricht. It’s hard not to notice, even when you’re just shopping: it’s located in the ‘kleine straat’ that’s part of the shopping district of Maastricht. The Dinghuis is a medieval courthouse, but was used for many purposes. Through time it has functioned as a prison, theatre and office. Currently the VVV, the Dutch organisation for city tourism, houses here.

"At HMSM you learn to develop a healthy dose of self-confidence and flair that you can use throughout your life.”

Being a student is an unique experience!

Jean Maroun Bou Malhab about the Student Residence - "I must say that I whole heartedly enjoy my time here."