"When there's a party, an immense wall of sound shakes the very foundations of the building."

Maastricht is a city which has something for everyone. You just need to know where to go. Popular party venues like the Complex or the clubs at the Markt might not be enough to satisfy your party prospects. This guide to the ‘alternative’ Maastricht nightlife will help you find the right venue.

Belang. Excuse me? Nevermind. You may recognize this view of the Maas and the Landbouwbelang which stands reflected in the glassy waters, a testament to Maastricht’s industrial era which now seems so out of place in the boutique and upcoming metropolis. On the outside the building is decrepit and it seems like it might crumble to pieces at any moment. But when you’re inside – just kidding, it’s much of the same. The walls are littered with graffiti, extravagant paintings of – well, I’m not sure really. And of course, when there’s a party, an immense wall of sound shakes the very foundations of the building. Every Thursday night the LBB hosts a night in their cellar location which is accessed by simply walking along the river next to the buildings until you come across a horde of party-goers waiting to get inside. The organizers always have a bonfire near the entrance, where you might want to sit with your friends, drink a beer and have a nice catch up before getting down to the serious business of dancing your *&% off. The cellar location has a bar which serves cheap beer and wine – don’t expect much though. Two euros will buy you a cup of wine, but you may have to suppress the connoisseur within you, do not smell and swivel the wine sophistically – just drink.

Okay, so you know all about the LBB already? Been there, done that – fair enough, let’s up the game. The Mandril Cultural Centre is somewhere that you probably haven’t heard of. Apart from being a meeting place for creatives both local and international, they also throw parties which are totally out of the box. Instead of being marked with ink on your hand for entrance, they prefer to give you a potato (yes, those things where fries come from), which you are then encouraged to decorate with an assortment of colored pens. Interesting, right? It must be said though, this location is off the beaten track and getting inside feels like you are the protagonist of a crime thriller – you have to be a little brave, but it’s worth it once you’re in. Arriving at the site, you find your first clue. The distant sound of heavy bass, the low thumping of “boom, boom, BOOM”. Follow the music to the back of the building, the entrance is appropriately named: ‘the backdoor’, enter here Sherlock. The great thing about Mandril is that they are all about allowing new and up-and-coming DJs to perform here. DJ Aarre and DJ Sten, otherwise known as The Sauna Club, are an act who have introduced underground forms of disco, electronica and jungle to the city. Breaking the monotony of techno and house is what they live for. They can be found playing regularly at other venues like Café Zondag and the Nest, this dynamic duo are the city’s hottest up-and-coming DJs. The Cultural Centre is not just limited to parties, but also offers free workshops in arts and crafts as well as live music evenings featuring jazz and hip-hop. Seriously, it’s worth checking out.
The image below is what you can expect from an afternoon DJ set at the Mandril Cultural Centre. Whoever said 1PM is too early to bust some moves and crack open a cold one? It definitely wasn’t me! 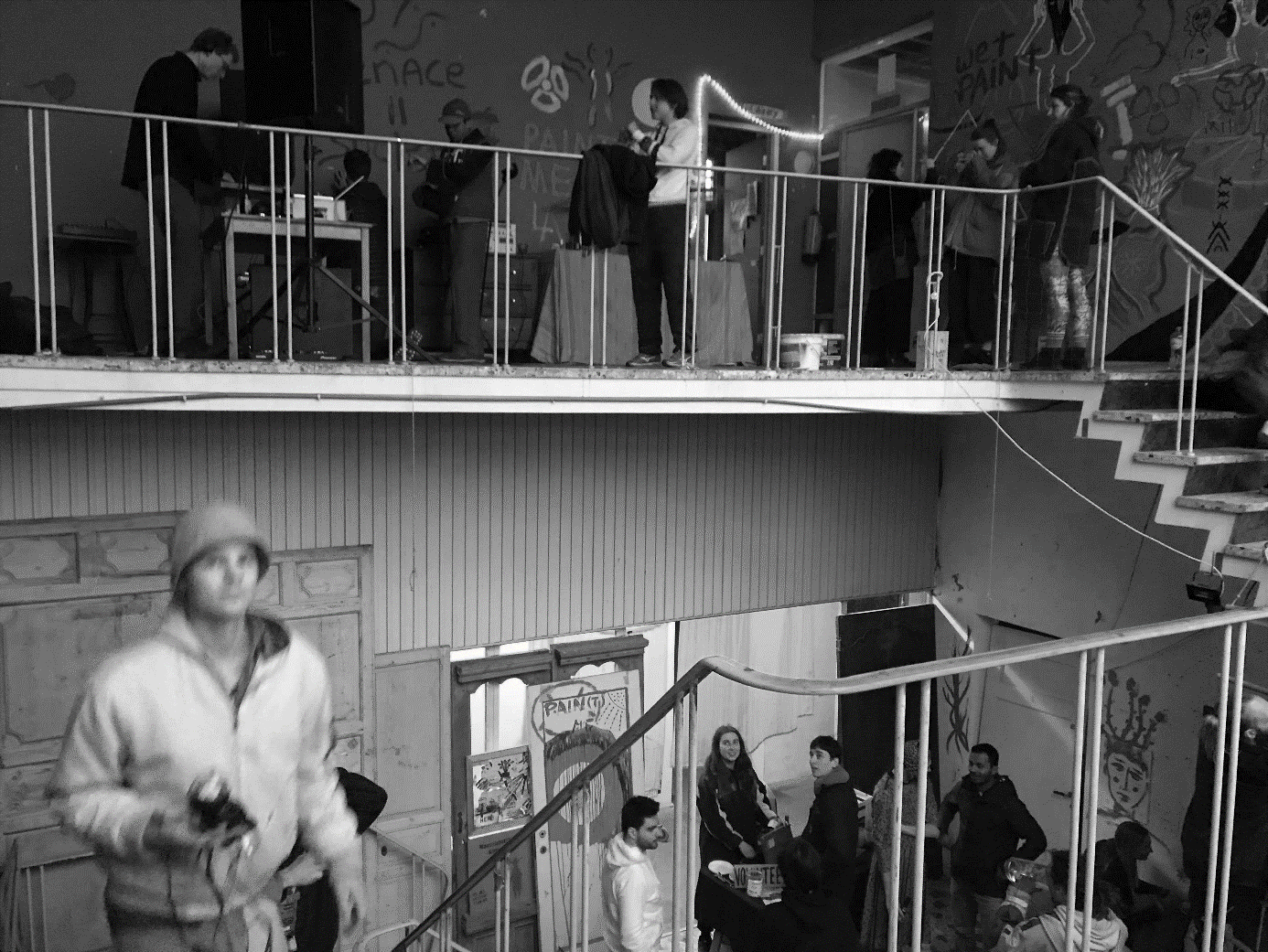 Perhaps you’re reading this and you have an appointment tomorrow morning to discuss the finer details of Hospitality Management, being a responsible person, you think “Hey! Maybe I shouldn’t go raving until the sun comes up”, good thinking – you’ll go far with that attitude. Perhaps you need something a little more low key for when an all-night session just doesn’t quite match your schedule. How about a converted fire station which offers delicious cocktails and finger food: De Brandweer. This bar is particularly nice in the afternoon sun as they have an outside terrace ideal for relaxing or even doing a little bit of studying!

Dutch hotel schools and KHN collaborate in the wake of the corona crisis.

In a joint effort to lift the industry up, KHN and the hotel schools in the Netherlands are combining forces.

5 first impressions of moving to Maastricht

Linh Ho Thuy - "As soon as I set foot in Maastricht, I fell in love with this city, just like love at first sight."